Jack Frost is a teenage hellion who enjoys creating mischief and has no interest in being bound by rules or obligations; he just wants to use his staff to spread his winter magic for the sake of fun, but also wants to be believed in. At the end of the film, Jack became the Guardian of Fun. While he cannot fly, per se, he can be carried on currents of wind, allowing him to span great distances.

He plays Romeo in Jack & Elsa: Frozen with a Kiss

He plays Ling in Frankielan

He is a Chameleon

He is a crane

He Is A Car

He plays Aladdin in Jackladdin

He plays Hercules in Jackules

He plays Sonic the Hedgehog in Jack Frost the Guardian (SatAM)

He is a knight

He is a human

He plays Cassim in Charlie Brownladdin III: The King of Thieves (CharlieBrownandSci-TwiFans Style)

He plays Adult Hercules in Jackcules

He is a god greek of olympus

He is a jungle man

He is a unicorn 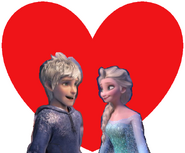 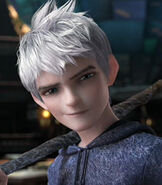 Add a photo to this gallery
Retrieved from "https://parody.fandom.com/wiki/Jack_Frost_(Rise_of_the_Guardians)?oldid=2004102"
Community content is available under CC-BY-SA unless otherwise noted.