Jane is the female protagonist of Disney's 2002 film Return to Never Land, the sequel to the 1953 film Peter Pan.

She Played Melody in The Little Mer-Princess 2: Return to The Sea

She Played Lilo in Jane and Meeko

She is a blue emotion

She Is A fish slayer

She Is A cowgirl 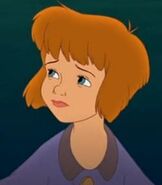 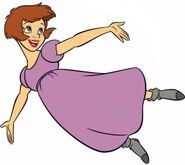 Add a photo to this gallery
Retrieved from "https://parody.fandom.com/wiki/Jane_Darling_(Disney)?oldid=2041051"
Community content is available under CC-BY-SA unless otherwise noted.