Jeff is a character of the television show, Care Bears (DiC series). He appears in Rosemary Hills, making his debut in The Love-Sation.

He is handsome, clever and confident.

Jeff and Linda visit their friend Wendy at her new after-school job at a magic shop, where they come across one of Professor Coldheart's new inventions, the Un-felling Ray, laying on a counter. Deciding to have some fun, the two run through the town blasting everyone in sight, making them all "un-caring" and mean. When they arrive back at the shop, Coldheart reveals that he's actually glad they took the ray and even tested it for him, and tells a crowd of newly converted mean-spirited people that he we soon make more rays and remove caring from the entire world.

Tenderheart Bear, Cheer Bear, Funshine Bear, and Love-a-Lot Bear attempt to convince everyone that Coldheart is up to no good, but their lack of feelings leaves them indifferent to their pleas. Using a Care Bear Stare to turn them back to normal, Coldheart orders Jeff to use the ray on the bears themselves, but he just can't bring himself to do it. The professor hastily takes back the device with the intent to use it himself, but is stopped by Wendy who throws a wizard's cap full of fireworks at him as a distraction. The bears fire yet another stare that transforms the magic shop into a flower shop as the villain retreats. 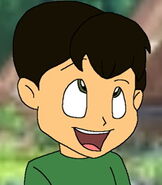 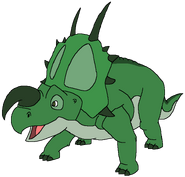 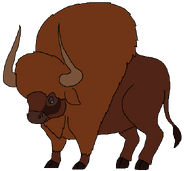