Jeffy Jeffy, known simply as Jeffy, is a secondary antagonist, later turned protagonist of the SuperMarioLogan franchise. Known for being a foul mouthed, dim-witted, weird,  ill-behaved, dumb, perverted young teenager with an unusual personality and a strange choice of clothing; he is the adoptive son of Mario and his wife Rosalina. 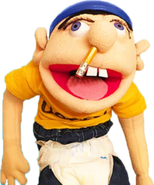 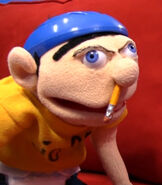 Add a photo to this gallery
Retrieved from "https://parody.fandom.com/wiki/Jeffy_(SuperMarioLogan)?oldid=2377161"
Community content is available under CC-BY-SA unless otherwise noted.