The Jersey is a breed of small dairy cattle. Originally bred in the Channel Island of Jersey, the breed is popular for the high butterfat content of its milk and the lower maintenance costs attending its lower bodyweight, as well as its genial disposition. The Jersey is one of three Channel Island cattle breeds, the others being the Alderney – now extinct – and the Guernsey.

People at Work by Disneyland Records (1985) 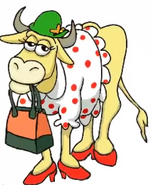 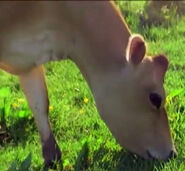 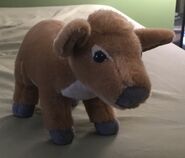 Add a photo to this gallery
Retrieved from "https://parody.fandom.com/wiki/Jersey_Cattle?oldid=2513497"
Community content is available under CC-BY-SA unless otherwise noted.