Jim is a character of the television show, Care Bears (DiC series). He appears in Rosemary Hills, making his debut in Playtime Is Always Prettier.

When Professor Coldheart becomes mayor of the small town of Abbottsville, he immediately begins to tell all the children present to be as "nasty as they want". Jim takes these words to heart and steals a new bike owned by his friend Ken, and is taken to the mayor's office by Frostbite to stand trial for his action. However, under the mad doctor's twisted version of the law, he actually praises him for his "enterprising" actions and tells him the bike is his.

Later, when another child named Paula Schaeffer stages a revolt against Cold Heart with the Care Bears, Jim is among the children who run him out of town, and makes up with his friend in the process. 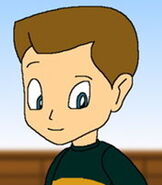 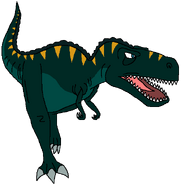 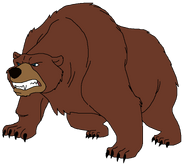