Junior Healy is the main protagonist of the Problem Child film series.

Junior was born as a devilish kid, and he was left on a doorstep by his biological mother, and lived in 30 foster homes before meeting Ben Healy, who adopted him. Even after Ben got divorced, Junior continued to cause all kinds of problems and destruction whenever he felt threatened, even after moving from Cold River to Mortville to start a new life.

Junior hates clowns, Mr. Peabody, Big Ben Healy, Ben's ex-wife, Flo, and anyone who teases and makes fun of him. Junior's friends are Trixie, Cindy, Murph, and his pet mole. 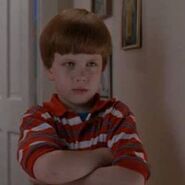 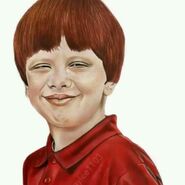 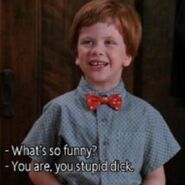 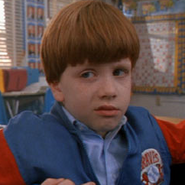 Add a photo to this gallery
Retrieved from "https://parody.fandom.com/wiki/Junior_Healy?oldid=1631881"
Community content is available under CC-BY-SA unless otherwise noted.