The Parody Wiki
Register
Don't have an account?
Sign In
Advertisement
in: Unfinished pages, Under Construction, Unfinished articles,
and 6 more 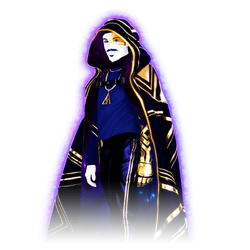 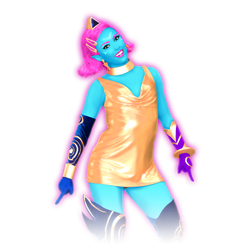 Just Dance 2022 is the thirteenth official game in the Just Dance series, and was the successor of Just Dance 2021. Officially announced on June 12, 2021 via E3 2021 virtual, and oficially launched on November 4, 2021. This is still similar to a real game, same choreo and same songs, except that it was been choreographed by anime / cartoon character in any different shows. Like its predecessor, the concept was to give chance to the other characters which they never appeared in any routines featured in the tracklist (however, main coaches appearance with characters will remain as the same appearance as of the previous versions (except both Rock Your Body and Levitating was made an exception to not feature any other characters for the said song), and also they will freely appeared now in any songs that was officially featured on the game. This is only a parody of mine and will never exist in an actual game. The characters involvement in the game was managed under Rotten Seeds Production, after its separation of management to Ubisoft since 2020, prior to Just Dance 2021 release.

The game consists of 42 tracks in the game and was been choreographed by the following characters. Regional exclusives will be seen via Just Dance Unlimited.

There are 15 alternates in this game, and will performed by the following characters (with the exception of Don't Go Yet which still used Camila Cabello's routine):

The following tracks were already included in the previous versions of Just Dance, however, these tracks will be danced and can be access for free but requires internet connection to played these tracks. Note that some of the routines was been replaced (but somehow retaining its original coaches via JDU), but some still had the same coaches as of the previous versions, but more updated and can be accessed thru the main tracklist. These throwback tracks was accessible for free in Toonime Edition only. Worldwide access can still be accessed thru Just Dance Unlimited service with payment depending on the plan you've subscribed to. This is also revealed to be the replacement for Kids Mode.

These are some songs included in Just Dance Unlimited package. Since this is an online exclusive tracks, just like the alternate routines there are no multiple characters that will appeared here in any routines listed hereon.

The following songs were scrapped out in the game for unknwon reasons, but is found in the files of the said game.