Kermit the Frog is a Muppet character and Jim Henson's most well-known creation. Introduced in 1955, Kermit is the straight man protagonist of numerous Muppet productions, most notably Sesame Street and The Muppet Show, as well as in movies, specials, and public service announcements through the years. Henson originally performed Kermit until his death in 1990; Steve Whitmire performed Kermit from that time up until his dismissal from the role in 2016. Kermit is currently performed by Matt Vogel. He was also voiced by Frank Welker in Muppet Babies and occasionally in other animation projects.

Jim Henson's most famous Muppet creation, was the star and host of The Muppet Show, played a significant role on Sesame Street, and served as the logo of The Jim Henson Company. He continues to star in the Muppet movies and makes numerous TV appearances.

Kermit grew up with thousands of siblings, and has talked occasionally about other members of his family. His childhood adventures were chronicled in the 2002 video Kermit's Swamp Years to discover he has some more friends like Croaker, Goggles andBlotch, also he has a nephew named Robin.

Kermit's most well-known catchphrase is "Hi-ho, Kermit the Frog here!" He typically introduced acts on The Muppet Show by waving his arms wildly and shouting "Yaaaay!" (a technique he learned from his old acting coach, Mr. Dawson).

Kermit has been credited as the writer of three books: For Every Child, A Better World; One Frog Can Make a Difference; and Before You Leap.

Beauty and the Aardvark He Played as Lumiere

He is a candlestick

The Great Black Mouse Detective He Played as Dr. Dawson

Cartoon Inc. (My Version) and Animals Inc Played as Mike

Kermiladdin He played as Aladdin

Belldandy White and the Seven Muppets He played as Doc

The Mouse King He played as Timon

The Return of Kermit He played as Lenny Fisherman

The Great Muppet Detective He played as Basil

He is a boy who never grows up

Jasminerella He played as Jaq

The Muppet King He played as Adult Simba

Pearlhontas He played as Thomas

The Mouse and the Bear He played as Dinky

Kermicules He played as Hercules

The Penguin of Notre Dame He played as Captain Phoebus

The Little Mer-Pureheart 2: Return to the Sea He played as Tip

The Donkey of Notre Dame He played as Hugo

The Bird of Notre Dame He played as Clopin

CartoonTales He played as Pa Grape

SpongeBob Hears a Muppet! He played as Mayor Ned McDodd

The Little Mer-Izzy He played as a Eric

The Frog and the Bear He Played as Adult Tod

Beauty and the Hunchback He Played as Lumiere

Wee Sing Together He Played as Hum Bear

He plays Beast in Beauty and the Frog

A Bunny Chirstmas He Played as Simon Seville

He is a chipmunk

Kermit and Conker He played as Ratchet

He is a lombax

Cartoon Story (Austin A Style) he Played as Robot

He is a Robot Toy

The Bear King He played as Rafiki

CharacterTales He played Bob the Tomato

He is a tomato

Oscar and Elmo: The Movie He played as Droopy

Captain Grover: The First Epic Movie He played as Melvin

== Muppets Vs Horror Characters (DaveGrrrrrrruly) He played as B.O.B.

The Pagemaster (Chris Peters Style) He played as Adventure

He is a book 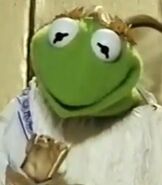 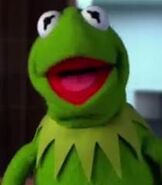 Kermit the Frog in Muppets Most Wanted 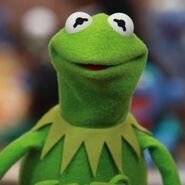 A still shot of Kermit in a circle of a closing credit crawl background for Muppet Sing-Alongs: Muppet Treasure Island 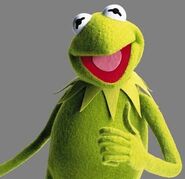 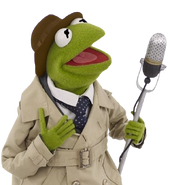 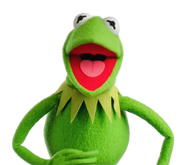 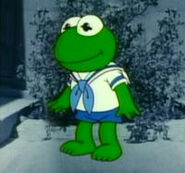 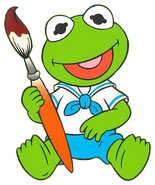 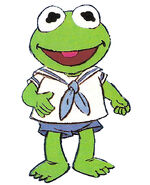 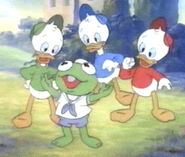 Kermit and Robin in Yes, I Can featuring the Muppet Babies 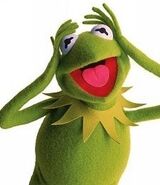 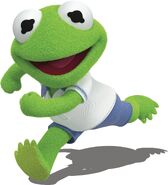 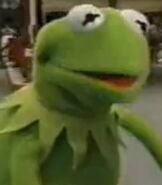 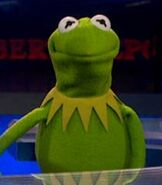 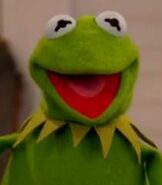 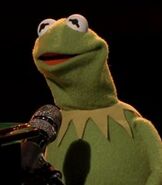 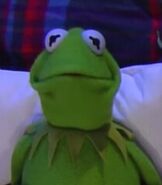 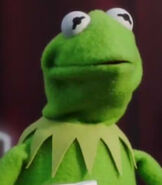 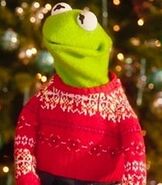 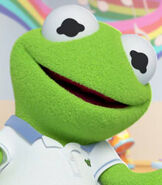 Add a photo to this gallery
Retrieved from "https://parody.fandom.com/wiki/Kermit_the_Frog?oldid=2151591"
Community content is available under CC-BY-SA unless otherwise noted.