The Parody Wiki
Register
Don't have an account?
Sign In
Advertisement
in: Characters, Animals, Asian Animals,
and 103 more

The largest and longest of all living venomous snakes, the magnificent king cobra (Ophiophagus hannah) has been the inspiration for a variety of myths and legends within its native range. This species is not a true cobra of the genus Naja, and instead belongs to a unique genus Ophiophagus, whose scientific name derives from the Greek for “snake-eating”, in reference to its dietary habits. The head is broad and flattened, while the neck features a narrow hood, which can be extended when individuals feel threatened. The body colour is typically tan, olive-brown or black, and may be marked with white or yellow chevrons at the anterior of the body, which become straight bands towards the rear. These bands usually fade with age, and may disappear altogether, although some adults exhibit them throughout life. In contrast to the normal hissing sound produced by most snake species in response to threats, the king cobra makes a distinctive growl, which emanates from the throat and deepens as the snake grows. 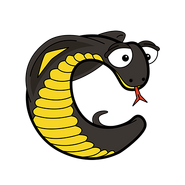 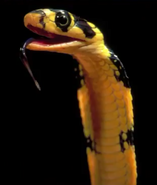 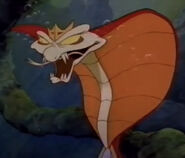 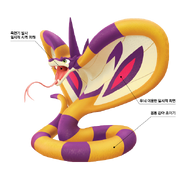 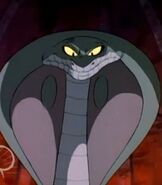 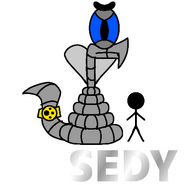 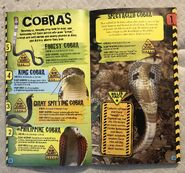