The Parody Wiki
Register
Don't have an account?
Sign In
Advertisement
in: Characters, Animals, Antarctic Animals,
and 110 more

The king penguin (Aptenodytes patagonicus) is the second largest penguin in the world, exceeded in size solely by its closest relative, the even more grandly named emperor penguin (Aptenodytes forsteri). One of the more colourful penguins, the king penguin has a striking, spoon-shaped patch of orange-gold on either side of the neck that fades into a paler orange upper chest. The rest of the head, the wings and the tail are black, while the back is bluish-grey with a silvery shimmer, and the belly is white. The downy, brown chicks are so different in appearance to the adult king penguins that early explorers described them as an entirely different species, the ‘woolly penguin'. While widely spread in the southern ocean you’ll never find a king penguin on pack ice, that is left to its close relative the emperor penguin. King penguins are excellent divers and have been known to dive as deep as 300 metres! King penguins are one of the few birds that do not build nests, eggs are incubated under the belly on top of their feet. 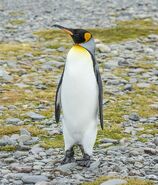 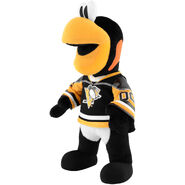 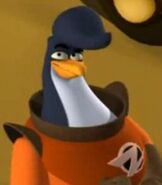 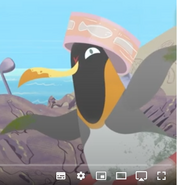 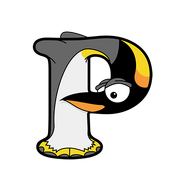 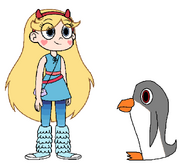 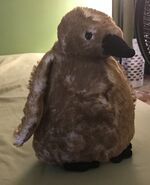