The Parody Wiki
Register
Don't have an account?
Sign In
Advertisement
in: Characters, Animals, African Animals,
and 41 more

This fascinating small antelope (Oreotragus oreotragus) has a number of distinct features that make it well adapted to its rugged, rocky habitat. It is unique amongst the antelope for walking on the tips of its hooves and it has a remarkable dense, coarse coat consisting of hollow hairs that rustle when shaken or touched. When the klipspringer is hot or sick its fur stands erect, giving the illusion of being much larger than it actually is. The coat varies in colour from yellow-brown to grey-yellow, with whitish underparts, chin and lips. In most areas only the males have horns, which are short, widely-spaced apart and ringed near the base; in the Ethiopian, Ugandan and Tanzanian populations some females may have horns too (pers). The black-edged ears have white parts that catch attention when flicked. Numerous subspecies of the klipspringer have been described, but only one is recognised as valid for the purpose of assessing its conservation status: the western klipspringer. 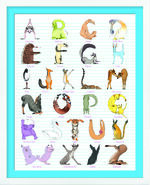 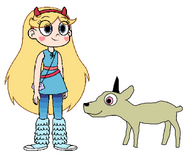 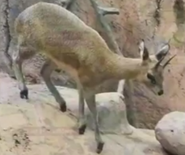 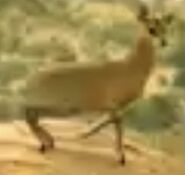