He is a surfer.

He is the hardcore version of Surfer Dave.

He is a tall, courageous two-eyed Minion.

In Fourscore, he plays alongside Garth (Alpha and Omega).

Kovu played Bob the Tomato in Balto: A FunnyTales Movie

Kovu also played Bob the Tomato in FunnyTales and FunnyTales in the Wild, alongside Kenai the Bear (Phase Awesomeness).

He is a level-headed tomato and Larry's best friend.

He is a deformed yet brave sausage, the good friend of Frank and Carl.

He is a Smuggler

Kovu played Tom in Kovu and RJ: The Movie

He is Jason Johnston's stepbrother

He is the new mayor of New York

He is a human surfer.

He is a teenage boy

Kovu played Aladdin in Kovuladdin, Kovuladdin The Return of Scar and Kovuladdin and the King of Thieves

He is a Fire Bender

Kovu played Scamp in Nala and The Simba 2: Kovu's Adventure

He is a puppy dog

He is an Englishman

He is a Hero in Training

Kovu played The Huntsman in Nala White and the Seven Animals

He is a Hunter

He is the Leader of the Gorillas

He is a fierce Indian

He is a giant gorilla

Kovu played Horton the Elephant in Kovu Hears a Fox

He is an Elephant 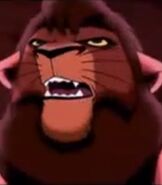 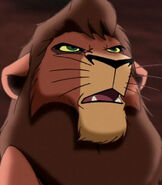 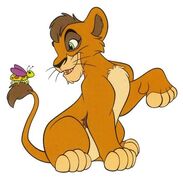 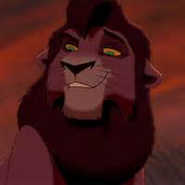 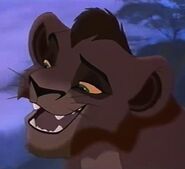 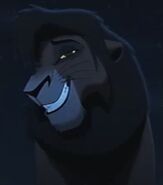 Add a photo to this gallery
Retrieved from "https://parody.fandom.com/wiki/Kovu?oldid=2535613"
Community content is available under CC-BY-SA unless otherwise noted.