The Parody Wiki
Register
Don't have an account?
Sign In
Advertisement
in: Characters, Animals, Ocean Animals,
and 68 more

The leatherback sea turtle (Dermochelys coriacea) is the world's largest turtle; the largest recorded individual weighed a massive 916 kilograms. This turtle earned its common name because it lacks the typical bony plates on itscarapace. Instead, its shell is flexible and covered in a thin layer of leathery skin. The leatherback turtle is dark in color, with white and pink spots. Females also have a characteristic 'pink spot' on the top of their heads. In addition to its huge size, the leatherback sea turtle can be easily identified by the seven narrow ridges running the length of the carapace, and by its particularly large front flippers. 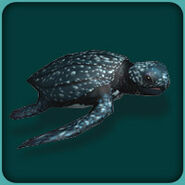 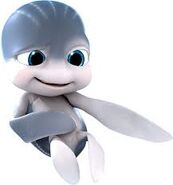 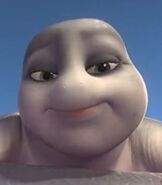