The Parody Wiki
Register
Don't have an account?
Sign In
Advertisement
in: Characters, Creatures, Reptiles,
and 28 more

The Lernaean Hydra or Hydra of Lerna, more often known simply as the Hydra, was a serpentine water monster in Greek and Roman mythology. Its lair was the lake of Lerna in the Argolid, which was also the site of the myth of the Danaids. Lerna was reputed to be an entrance to the Underworld and archaeology has established it as a sacred site older than Mycenaean Argos. In the canonical Hydra myth, the monster is killed by Heracles, using sword and fire, as the second of his Twelve Labors. 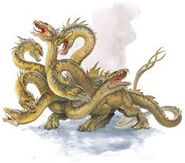 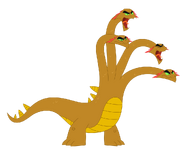 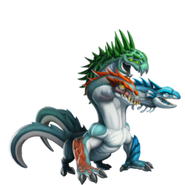