The Parody Wiki
Register
Don't have an account?
Sign In
Advertisement
in: Witches, Ghosts, Evil Characters,
and 32 more

In Latin American folklore, La Llorona (pronounced [la ʝoˈɾona]; "The Weeping Woman" or "the Cryer") is one of the most famous oral legends. The lore states a woman was abandoned by her husband and was left alone to raise her two sons, whom she instead drowned in a river out of grief and anger. As a result of her actions the woman is condemned to wander for all eternity until she finds the bodies of her children, often causing misfortune to those who are near or hear her. The oral story represents La Llorona as a person, legend, ghost, goddess, metaphor and symbol. It is known also for its recognized cry: Ay mis hijos! (Oh my children!). 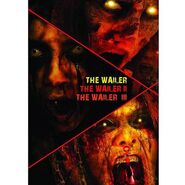 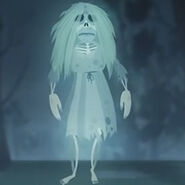 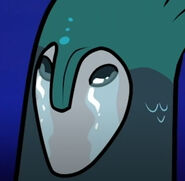