The Parody Wiki
Register
Don't have an account?
Sign In
Advertisement
in: Characters, Creatures, Cryptids,
and 49 more

The Loch Ness Monster (Nessiteras rhombopteryx) is a cryptid that reputedly inhabits Loch Ness, a lake in the Scottish Highlands. It is similar to other supposed lake monsters in Scotland and elsewhere, though its description varies from one account to the next, with most describing it as large. Popular interest and belief in the creature's existence has varied since it was first brought to the world's attention in 1933. Evidence of its existence is anecdotal, with minimal and much-disputed photographic material and sonar readings. The most common speculation among believers is that the creature represents a line of long-surviving plesiosaurs. Much of the scientific community regards the Loch Ness Monster as a modern-day myth, and explains sightings as including misidentifications of more mundane objects, outright hoaxes, and wishful thinking. Despite this, it remains one of the most famous examples of cryptozoology. The creature has been affectionately referred to by the nickname Nessie (Scottish Gaelic: Niseag) since the 1940s. 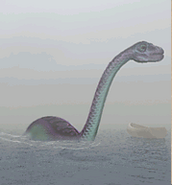 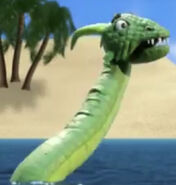 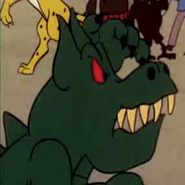 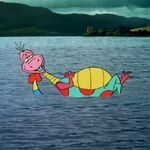 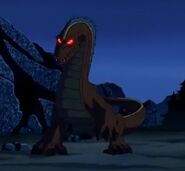