The Parody Wiki
Register
Don't have an account?
Sign In
Advertisement
in: Orphans, Kids, Pixar Characters,
and 34 more

Luca Paguro is the titular protagonist of the 2021 Disney•Pixar animated feature film, Luca.

Luca Paguro is a bright and inventive 12-year-old sea monster with endless curiosity – especially when it comes to the mysterious world above the sea. Although he’s been warned his whole life that the human world is a dangerous place, he longs for something beyond his quiet farm life where he herds goatfish day after day. So when another sea monster with actual experience above the surface takes Luca under his fin, his eyes open up to a whole world of possibilities.

In sea monster form, Luca has green scales and blue "hair". His eyes are still brown, but they have yellow sclera and oval shaped pupils. He also has a long tail with blue caudal fins. Luca is seen wearing green pants, presumably made of seaweed.

In human form, Luca has white skin, rosy cheeks with freckles, round brown eyes and dark brown curly hair. He wears a striped shirt with blue shorts and is barefoot all the time. 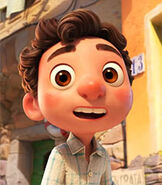 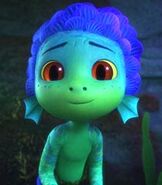 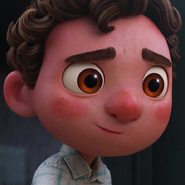 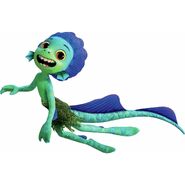 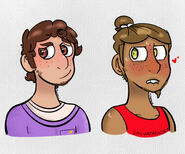 Luca Paguro and Alberto Scorfano, but they're older (art by Potatotally) 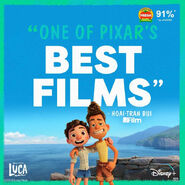 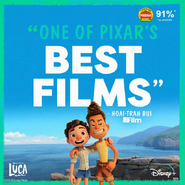 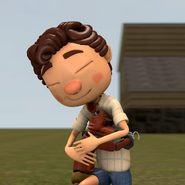 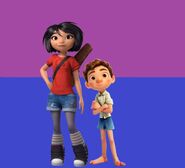 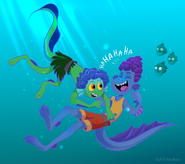 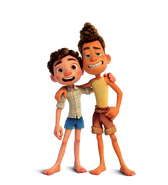 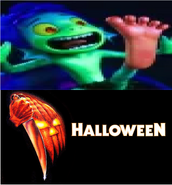 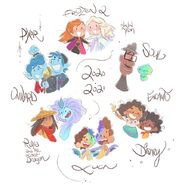 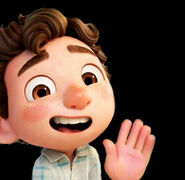