Professor Ludwig Von Drake is a Walt Disney cartoon character who was first introduced as the presenter in An Adventure in Color, part of the first episode of Walt Disney's Wonderful World of Color on NBC. An uncle of Donald Duck, he was supposedly named after either Ludwig von Mises or Ludwig van Beethoven. The character displayed his "expert" knowledge on a variety of subjects in eighteen episodes of the Walt Disney anthology series, as well as on a number of Disneyland Records. Ludwig was originally voiced by Paul Frees. 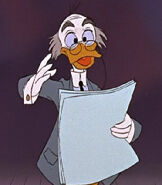 Ludwig Von Drake in The Wonderful World of Disney 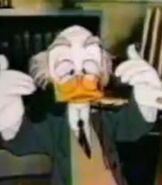 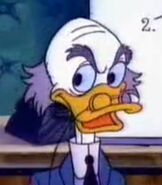 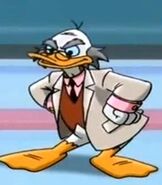