The Luna moth (Actias luna) is a Nearctic moth in the family Saturniidae, subfamily Saturniinae, a group commonly known as giant silk moths. It has lime-green colored wings and a white body. The larvae (caterpillars) are also green. Typically, it has a wingspan of roughly 114 mm (4.5 in), but can exceed 178 mm (7.0 in), making it one of the larger moths in North America. Across Canada, it has one generation per year, with the winged adults appearing in late May or early June, whereas farther south it will have two or even three generations per year, the first appearance as early as March in southern parts of the United States. 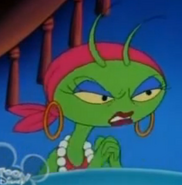