Mabel Pines is a female character from Gravity Falls. She can fly, has agility and speed. She can also transform into her winged form with the help from the 7 chaos emeralds (Sometimes high friendship)

Mabel played Tak in Mabel And The Power of Magic

She is a flying boy

Mabel played Sunset Shimmer in Gravity Falls: My Past is Not Today, My Little Star: Friendship Games 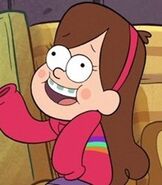 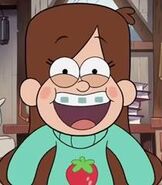 Add a photo to this gallery
Retrieved from "https://parody.fandom.com/wiki/Mabel_Pines?oldid=1938635"
Community content is available under CC-BY-SA unless otherwise noted.