The Parody Wiki
Register
Don't have an account?
Sign In
Advertisement
in: Characters, Animals, South American Animals,
and 21 more

This surprisingly shy and secretive deer is actually the largest native deer species in South America. Marsh deer (Blastocerus dichotomus) have large, primarily ornamental antlers, which are usually impressively forked, growing to about 60 centimetres in length and weighing, on average, about two kilograms. They are shed irregularly and may be retained for up to two years. Marsh deer also have well-developed hindquarters, making them good at jumping, which is the fastest way to move in water. The marsh deer has a shaggy, reddish chestnut coloured coat, with paler undersides of the neck and belly. The muzzle and lips are black, as are the lower legs. The eye is surrounded by a faint white ring and the large ears are lined with white hair. Marsh deer have long, broad hooves that are particularly adapted to the marshy environment, as they are joined by a special membrane and can spread out, giving the hooves a greater surface area, to prevent the deer from sinking into swampy ground. 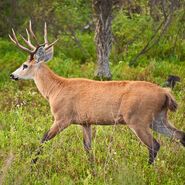 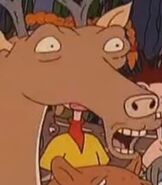 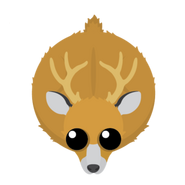