The Parody Wiki
Register
Don't have an account?
Sign In
Advertisement
in: Main Characters, Characters, Titular Characters,
and 189 more

Martha Grace Lorraine is the titular, and main character of the book series Martha Speaks as well as the animated PBS Kids TV series of the same name. Martha had started to speak after eating some alphabet soup.

Martha is a fairly, and literal large yellow and orange mutt who looks like an Labrador mix. At only 6-years-old, she has orange ears and a white muzzle. She wears a red collar. Her paws are white. She has short legs.

'When she ate some Alphabet Soup then what happened was bizarre!

This fanpic is honestly very funny, and cute!

Martha as a Giantess 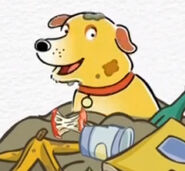 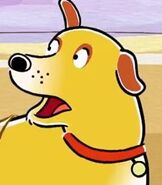 Martha sings on a skateboard 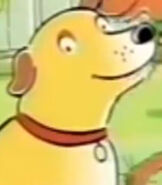