Matthew Broderick (born March 21, 1962) is an American actor, voice actor, comedian, singer, director, producer and writer. His roles include the title character in Ferris Bueller's Day Off (1986), the adult voice of Simba in The Lion King trilogy (1994-2004), and Leo Bloom in the Hollywood and Broadway productions of The Producers. Broderick has won two Tony Awards, one in 1983 for his featured role in the play Brighton Beach Memoirs and one in 1995 for his leading role in the musical How to Succeed in Business Without Really Trying. He was also nominated for the Tony Award, Best Actor in a Musical, for The Producers but lost to his co-star Nathan Lane. As of 2015, Broderick is the youngest winner of the Tony Award for Best Featured Actor in a Play. 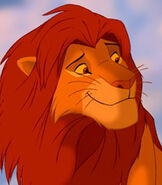 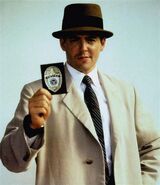 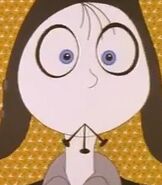 Tack the Cobbler
The Thief and the Cobbler (Arabian Knight; Miramax dub) 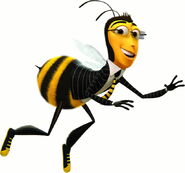 Adam Flayman
Bee Movie (2007)
Add a photo to this gallery
Retrieved from "https://parody.fandom.com/wiki/Matthew_Broderick?oldid=1961110"
Community content is available under CC-BY-SA unless otherwise noted.