Mayor Leodore Lionheart is a major character in the 2016 Disney animated feature film Zootopia. As his name suggests, he is the mayor of the eponymous city.

The Road to Zootopia 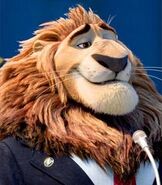 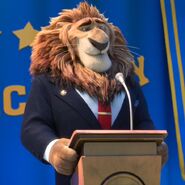 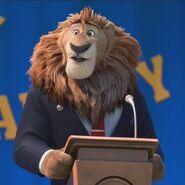 Add a photo to this gallery
Retrieved from "https://parody.fandom.com/wiki/Mayor_Leodore_Lionheart?oldid=1964087"
Community content is available under CC-BY-SA unless otherwise noted.