The merfolk, or merpeople, are legendary water-dwelling human-like beings. They are attested in folklore and mythology throughout the ages in various parts of the world. The female merfolk may be referred to as mermaids, although in a strict sense, mermaids are confined to beings who are half-woman and half-fish in appearance. Male aquatic human-like beings are called mermen. Merfolk are born as full adults, and can carry the knowledge of the ocean within them. Just as they are a drop in the ocean they are the ocean in a drop. Thus they need not be taught anything as they already carry the knowledge of everyone that went before them. They are the people of the ocean, they work with the sea currents, the crystals and all of the creatures found in the ocean. The old sailor stories tell of mermaids and how they lured them to crash onto rocks. The truth, however, is that the mermaids were trying to steer the ships away from sacred sights, crystals and energy portals. The mermen were underneath the ships, trying to steer is away. This was all done in order to keep the locations sacred, away from the energy of man who, during those time, would taint the energy. 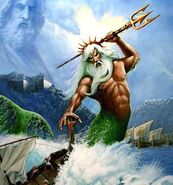 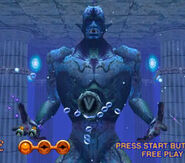 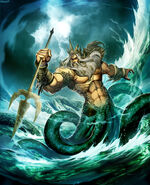 Add a photo to this gallery
Retrieved from "https://parody.fandom.com/wiki/Merfolk?oldid=2466518"
Community content is available under CC-BY-SA unless otherwise noted.