The Mexican tetra (Astyanax mexicanus) is a small fish with a rather unremarkable appearance, but behind its uninteresting first impression is a fascinating tale of evolution, in which different populations have evolved very different features and habitats, resulting in much debate over this species’ taxonomy. One form is a surface-dwelling fish, silvery in colour with a black band that extends along each side to the tail. The tail and lower fins of some individuals may be tinted yellow or red. The other form has evolved to inhabit caves, which has resulted in a loss of colouration and, most significantly, the loss of functioning eyes. 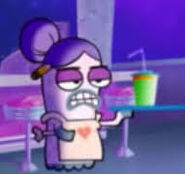 Add a photo to this gallery
Retrieved from "https://parody.fandom.com/wiki/Mexican_Tetra?oldid=2604603"
Community content is available under CC-BY-SA unless otherwise noted.