Miguel and the Animals (Arthur and the Invisibles)

A Furry, Anime & Cartoon Spoof to Luc Besson's "Arthur and the Invisibles"

In 1960, protagonist 12-year-old Miguel lives with his Abuelita Elena in a quiet farm house on a dirt road, in a small rural community in Mexico. His Abuelito Neweyes has recently gone missing and he sees little of his parents (who are away looking for work). Elena entertains Miguel with stories of his Abuelito's adventures in Pandora, featuring the tall Na'vi and the minuscule Animals, of whom the latter now live in Neweyes' garden, protecting a collection of rubies. Miguel becomes enamoured of a picture of Rani, the princess of the Animals. When Elena receives a two-day deadline to pay a large sum of money to a building developer named Al McWhiggin, who plans to evict the two, Miguel looks for the rubies to pay off the debt and discovers various clues left by his Abuelito. He is met in the garden by the Na'vi, who reduce Na'vi to Animal size. From the Animals, Miguel learns that they are in danger from Vlad Vladikoff, a Vulture war hero who now rules the nearby 'Necropolis', after corruption by a weevil, by whom he has a daughter named Zeta.

Miguel, draws a sacred sword from its recess and uses it to protect the Pride from Vlad's soldiers; whereupon Alex, the ruler of the Animals, sends Miguel to Necropolis, with the princess Rani and her brother Kimba. En route, they are attacked on two occasions by Vlad's soldiers. In Necropolis, Rani kisses Miguel, marking him as her husband and potential successor, and confronts Vlad alone. When Vlad learns that she has already kissed Miguel and thus can no longer give him her powers and cure his corruption, he imprisons all three, who discover a Lion form of Neweyes. Thereafter Miguel and his Abuelito escape and return to human form, with little time to spare before Vlad's flood reaches the Animals. With the help of Tails, a royal advisor's long-lost son, Miguel redirects the flood to Necropolis; whereupon Vlad abandons Necropolis and his daughter, and the water ejects the rubies above ground. Neweyes pays Al with one ruby; and when he tries to take them all, the Na'vi capture him and give him to the authorities (scene deleted in the U.S. edition). Miguel asks Rani to wait for his return, and her agreement to do so while the film ends. 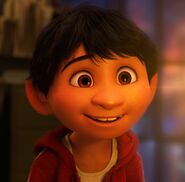 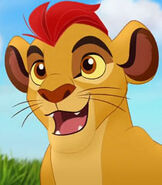 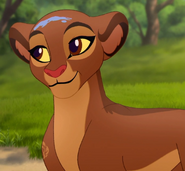 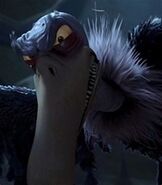 Vlad Vladikoff (Horton Hears a Who!) 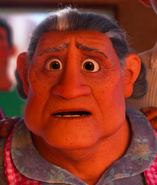 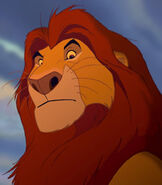 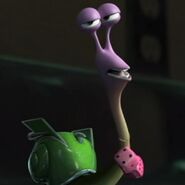 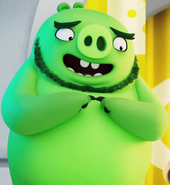 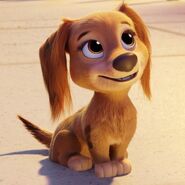 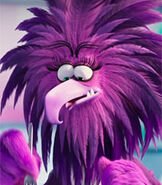 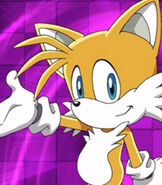 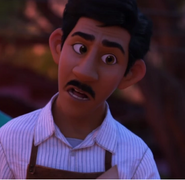 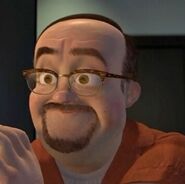