Monika (モニカ - meaning "advisor" or "counselor") is the poster girl of Doki Doki Literatue Club  and one of the five members and the President of the Literature Club. Monika is the driving force of the game, instructing the club members to practice writing poems until the club festival which itself facilitates and develops the characters and story.

Monika has long coral brown hair that she keeps in a ponytail tied back with a large white bow. She also has bangs and two long strands of hair next to her face. Her eyes are emerald green; Act 3 shows tiny dots in what is supposed to be her colored pupils already surrounding the iris.

She wears the typical school uniform, which is a warm gray blazer over a brown sweater-vest, and underneath that a white-collared shirt, topped off with a red ribbon. She also wears a dark-blue skirt, black thigh-high socks, and white uwabaki slippers with a pink tip, which are in stark contrast to the rest of the cast's white knee-socks and blue-tipped slippers. She is believed to be the second-tallest character, behind Yuri or the protagonist [1] 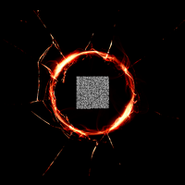 Add a photo to this gallery
Retrieved from "https://parody.fandom.com/wiki/Monika?oldid=2071287"
Community content is available under CC-BY-SA unless otherwise noted.