The Parody Wiki
Register
Don't have an account?
Sign In
Advertisement
in: Characters, Animals, African Animals,
and 6 more

The Mozambique tilapia (Oreochromis mossambicus) is a tilapiine cichlid fish native to southern Africa. It is a popular fish for aquaculture. Dull colored, the Mozambique tilapia often lives up to a decade in its native habitats. Due to human introductions, it is now found in many tropical and subtropical habitats around the globe, where it can become an invasive species because of its robust nature. These same features make it a good species for aquaculture because it readily adapts to new situations. It is known as black tilapia in Colombia and as blue kurper in South Africa. 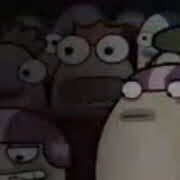