Mr. Herriman is a character in the Flash-Animated cartoon Foster's Home For Imaginary Friends on Cartoon Network, voiced by Tom Kane. He is the owner of Foster's, and is Frankie's boss.

He Played Butler (from Snubbull snobbery) In Pokemon (1953Movies Style)

He Played Nicodemus In The Secret of NIMH (1984Movies Style) 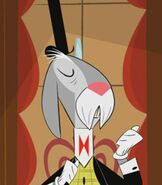 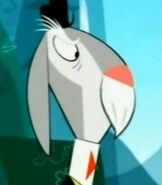 Add a photo to this gallery
Retrieved from "https://parody.fandom.com/wiki/Mr._Herriman?oldid=2097254"
Community content is available under CC-BY-SA unless otherwise noted.