Mr. Mittens is a minor character in Disney/Pixar's 2020 animated feature film, Soul. He is a therapy cat who is accidentally thrown out of his own body when Joe Gardner’s soul falls into his body instead of his own.

Mr Mittens is a therapy cat spends who spends his days purring, cuddling and comforting patients in their hospital rooms. The cozy cat is enlisted to assist Joe Gardner when he’s hospitalized after an unfortunate fall. Despite a job well done, Mr. Mittens ends up in the wrong place at the wrong time, embarking on an unexpected adventure.

Mr. Mittens appears as a minor character in Soul. He accompanies Joe Gardner while his body lays in a hospital bed in New York City, and is used as a therapy cat.

When Joe and 22 accidentally return to Earth, Joe thinks he has returned back in his body, but possesses Mr. Mittens instead, while 22 takes Joe’s body. Nervous, Joe wonders what happened to the cat he took the body of, not realizing that Mr. Mittens started to descend into The Great Beyond.

Throughout Joe and 22’s journey on Earth, Joe’s soul continues to take possession of Mr. Mittens' body while showing 22 how life works and how pleasant it really is. 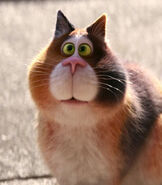 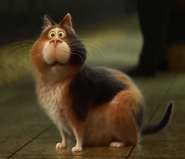 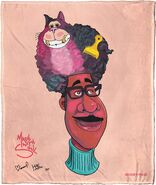 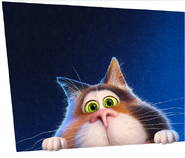 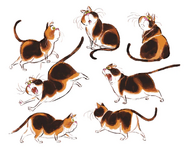 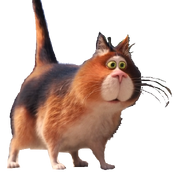