The Parody Wiki
Register
Don't have an account?
Sign In
Advertisement
in: Characters, Animals, Domestic Animals,
and 37 more

The animal produced by crossing a male donkey (that is, a jackass or jack) and a female horse (a mare) is called a mule. The product of the reciprocal cross (stallion × jennet) is a hinny. Hinnies have always been less commonly produced. But Allen and Short (1997, p. 385) say, “We still lack conclusive proof as to whether there is any consistent phenotypic difference between mules and hinnies.” However, rates of conception are much lower in hinnies, a fact that in itself may explain why breeders rarely try to produce them. There is also a greater size disparity between a stallion and a jenny than between a jackass and a mare, a difference that probably also has favored the production of mules. 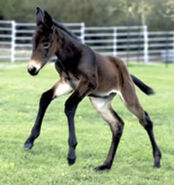 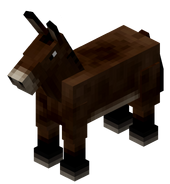 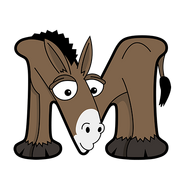 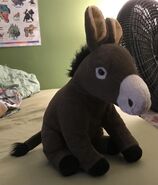 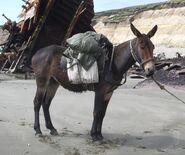