The Parody Wiki
Register
Don't have an account?
Sign In
Advertisement
in: Characters, Animals, North American Animals,
and 138 more

A massive, stocky bovid, superficially resembling the American bison in appearance, the muskox (Ovibos moschatus) has a large body, short, stout legs, a short tail, and a short neck, with a slight hump at the shoulders. The coat is dark brown to black, paler on the legs, face and back, and consists of a dense, soft inner coat, protected by dark, coarse, outer guard hairs, which can measure over 60 centimetres in length, and may reach nearly to the ground. Both the male and female muskox bear broad horns, which curve down and outward, and meet in the middle of the skull to form a large ‘boss’. The male is larger than the female, capable of reaching an impressive 650 kilograms in captivity, and has more massive horns. The muskox may vary in size between northern and southern locations, and a number ofsubspecies have been proposed. The common name of this species is said to come from a characteristic musky odour produced by the male during the mating season (rut), although others refute this. 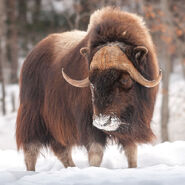 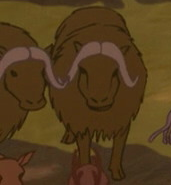 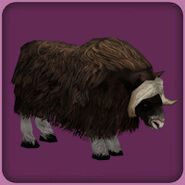 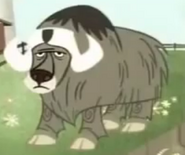 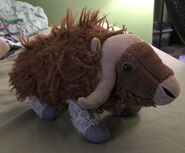 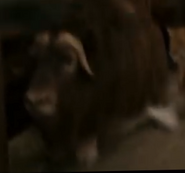 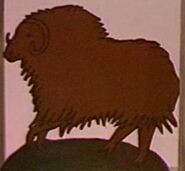 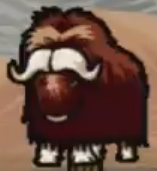 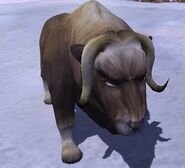 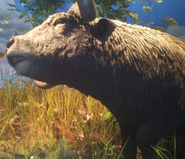 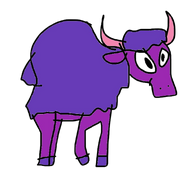