The New Souls are characters in Walt Disney Pictures/Pixar's 2020 animated feature film, Soul. They appear when Joe Gardner lands on The Great Before with Counselor Jerry welcoming to the Great Before.

New Souls are fresh-faced, violet-eyed and curious—they’re blank slates on a mission to discover their identity. From the Personality Pavilions to the Hall of Everything, new souls take on the traits they will exude on Earth. Finding their spark is the final step for all new souls before earning their Earth Pass and beginning life as a human. For some new souls, however, finding that spark is easier said than done. New Souls were wandering around The Great Before, Counselor Jerry and the new souls saw a newcomer called Joe Gardner. Joe saw a Earth Portal, he ran and fly to Earth but he saw stopped by Terry. Joe was surprised that he was back at The Great Before and he tried again but he failed. After Joe watch a movie at You Seminar, one of the Jerry pick a mentor and new souls where they can find there sparks. Joe is partner with 22. 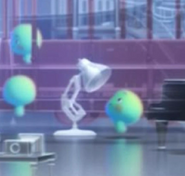 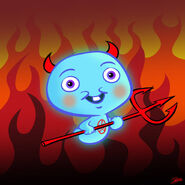 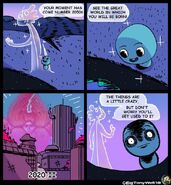