The Parody Wiki
Register
Don't have an account?
Sign In
Advertisement
in: Males, Male Characters, Characters,
and 42 more

He played as Captain Hook in Blu Pan

He played as Dabio the Raven in Sleeping Kiara

He is Maleficent's pet raven

He played as Abis Mal in Bambiladdin 2: The Return of Ronno

He is Jafar's new partner & thief

He played as Jafar in Bluladdin and Bluladdin: The Return of Nigel

He played Michael Kingsworth in Balto and Tramp

He played Smitty in Justin (aka Dumbo)

He is The Leader of the Hun Army

He is a laughing hyena

He Played Mzingo in The Tiger Guard

He is a Vulture

He is a lizard monster

He played Makunga in Guido and Madagascar: Escape 2 Africa

He is a mean lion

He will play Honest John in Caspernocchio

He played Bartholomew in The Great Circus Elephant Detective

Nigel is an alcoholic. He is constantly seen drinking from a beer mug and becomes disappointed whenever he runs out. During Hopper's song, when Hopper dumps a bottle of champagne into his water fountain,Nigel gets very excited and immediately runs over to the fountain, where he starts drinking from it. Then Hopper kicks him and Nigel falls and starts swimming around in it. When Hopper talks about his history with Dumbo, Nigel starts crying about the part that Hopper never had a moment's peace in mind.

Later, when they are finishing up a verse of the song, he drunkenly says, "To Hopper, the world's greatest rat!", which makes Hopper very mad (as he despises being called a rat). He throws him outside the hideout and summons Prince John with a bell. However, Nigel is too drunk to notice him, and she easily catches and eats him. Nigel starts drunkenly singing the praises to Hopper, and is swallowed whole just as he is about to call his vengeful boss a rat again. After a short period of mourning from the other henchmen, Hopper suggests that they finish the song before he has Prince John eat the rest of them, which they do out of fright. 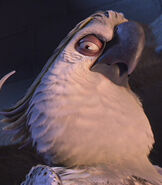 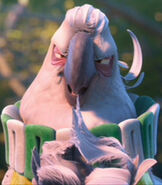 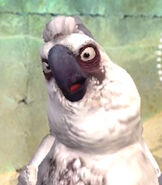 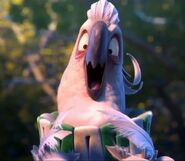 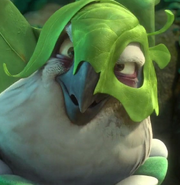 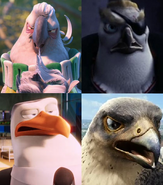 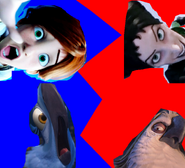 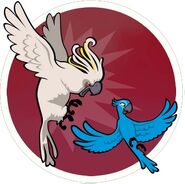 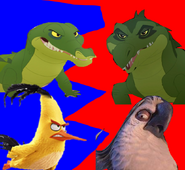