The Parody Wiki
Register
Don't have an account?
Sign In
Advertisement
in: Characters, Male Characters, Humans,
and 84 more

Nino Lahiffe (aka Carapace) is Adrien Agreste's best friend and a DJ. In one episode, Nino was akumatized into Bubbler by Hawk Moth.

In the second season, he became Carapace.

In "Mayura", during the fight with Scarlet Moth, due to grief caused by watching Rena Rouge falling victim to an akuma, Carapace is in turn akumatized into Shell Shock, a turtle-themed supervillain.

In "Oblivio", due to his and Alya's embarrassment at being caught playing the Super Penguino video game together, they are both akumatized into Oblivio, a memory-erasing supervillain.

In "Rocketear", after coming to the belief that Alya and Cat Noir are secretly a couple behind his back, Nino is akumatized into Rocketear, a supervillain with the power to cry exploding tears. 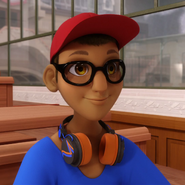 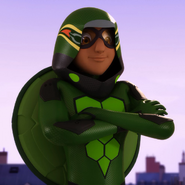 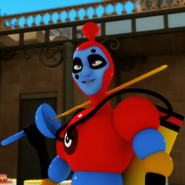 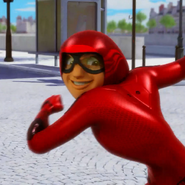 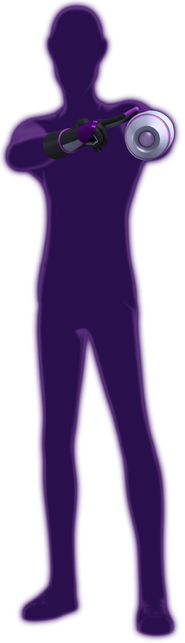 As Oblivio (with Alya Césaire) 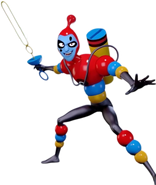 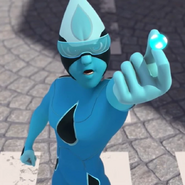 As Rocketear
Community content is available under CC-BY-SA unless otherwise noted.
Advertisement