Norway (Norwegian: Norge (Bokmål) or Noreg (Nynorsk); Northern Sami: Norga), officially the Kingdom of Norway, is a Nordic country in Northwestern Europe whose core territory comprises the western and northernmost portion of the Scandinavian Peninsula; the remote island of Jan Mayen and the archipelago of Svalbard are also part of the Kingdom of Norway. The Antarctic Peter I Island and the sub-Antarctic Bouvet Island are dependent territories and thus not considered part of the kingdom. Norway also lays claim to a section of Antarctica known as Queen Maud Land. Norway has a total area of 385,252 square kilometres (148,747 sq mi) and a population of 5,302,778 (as of April 2018). The country also shares a long eastern border with Sweden (1,619 km or 1,006 mi long). Norway is bordered by Finland and Russia to the north-east, and the Skagerrak strait to the south, with Denmark on the other side. Norway has an extensive coastline, facing the North Atlantic Ocean and the Barents Sea. 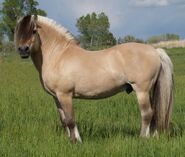 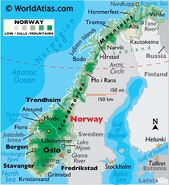 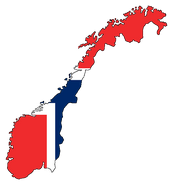 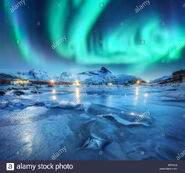