The Parody Wiki
Register
Don't have an account?
Sign In
Advertisement
in: Characters, Animals, Australian Animals,
and 53 more

The numbat (Myrmecobius fasciatus) is a small carnivorous marsupial from Australia, and the only member of the family Myrmecobiidae. It is a specialised termite-eater and is easily recognised by its slender, graceful body and short, stiff hair which is reddish-brown with black and white stripes across its back and rump. This marsupial has a long, hairy tail, which is often erected to give a bottle-brush appearance. Its snout is narrow and pointed, allowing it to get its tongue into narrow crevices, and it has a striking white-bordered dark stripe through each eye. Males, females and juveniles are all similar in appearance. Indeed, it is difficult to mistake the numbat for anything else because of its distinctive appearance and because the numbat is the only Australian mammal that is solely active during the day. 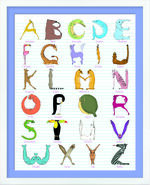 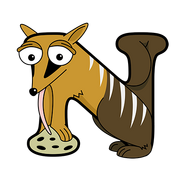 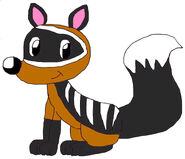 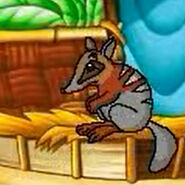 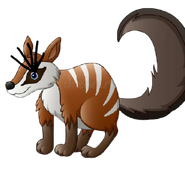 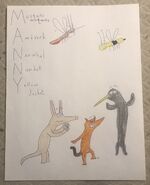 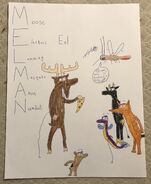 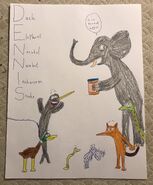