The Parody Wiki
Register
Don't have an account?
Sign In
Advertisement
in: Creatures, Mythical Creatures, European Creatures,
and 56 more

An ogre (feminine: ogress) is a legendary monster usually depicted as a large, hideous, man-like being that eats ordinary human beings, especially infants and children. Ogres frequently feature in mythology, folklore, and fiction throughout the world. They appear in many classic works of literature, and are most often associated in fairy tales and legend with a taste for infants. In mythology, ogres are often depicted as inhumanly large and tall and having a disproportionately large head, abundant hair, unusually colored skin, a voracious appetite, and a strong body. Ogres are closely linked with giants and with human cannibals in mythology. In both folklore and fiction, giants are often given ogrish traits (such as the giants in "Jack and the Beanstalk" and "Jack the Giant Killer", the Giant Despair in The Pilgrim's Progress, and the jötnar of Norse mythology); while ogres may be given giantish traits. Famous examples of ogres in folklore include the ogre in "Puss in Boots" and the ogre in "Hop-o'-My-Thumb". Other characters sometimes described as ogres include the title character from "Bluebeard", the Beast from Beauty and the Beast, Humbaba from the Epic of Gilgamesh, Grendel from Beowulf, the Cyclops Polyphemus from Homer's Odyssey, the One-eyed man-eating giant in the tales of Sinbad the Sailor, and the oni of Japanese folklore. 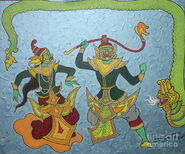 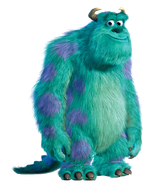 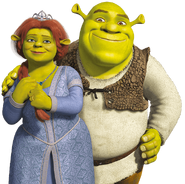 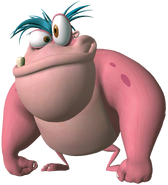 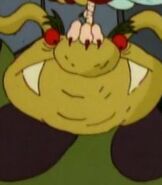 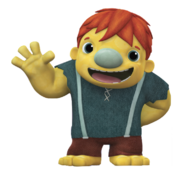