The Parody Wiki
Register
Don't have an account?
Sign In
Advertisement
in: Main Characters, Deuteragonists, Blue Characters,
and 57 more

Pablo is a blue, anthropomorphic penguin and the series' deuteragonist. He wears a blue bowtie on his neck and a blue-and-yellow beanie propeller hat on his head.

Pablo is a frenetic penguin who is more tightly wound than his friends. He thinks, speaks, acts and reacts quickly. He may not be the most agile or graceful of the Backyardigans, but he is enthusiastic and determined. 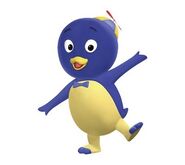 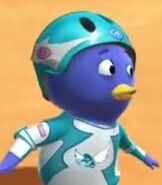 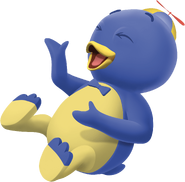