The Parody Wiki
Register
Don't have an account?
Sign In
Advertisement
in: The Aristocats Voice Actors, The Fox and the Hound Voice Actors, Winnie the Pooh Voice Actors,
and 9 more

Paul Winchell (December 21, 1922 – June 24, 2005) was an American ventriloquist, comedian, actor, voice actor, humanitarian and inventor whose career flourished in the 1950s and 1960s. From 1950–1954, he hosted The Paul Winchell Show, which also used two other titles during its prime time run on NBC, The Speidel Show, and What's My Name?. From 1965–1968, Winchell hosted the children's television series, Winchell-Mahoney Time. Winchell made guest appearances on Emmy Award-winning television series from the late 1950s to the mid 1970s, such as Perry Mason, The Dick Van Dyke Show, McMillan & Wife, The Donna Reed Show, and two appearances as Homer Winch on The Beverly Hillbillies in 1962. In animation, he was the original voice of Tigger, Dick Dastardly, Gargamel, and other characters. Winchell, who had medical training, was also an inventor, becoming the first person to build and patent a mechanical artificial heart, implantable in the chest cavity (US Patent #3097366). He has been honored with a star on the Hollywood Walk of Fame for his work in television. 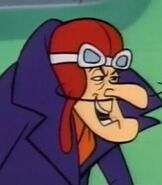 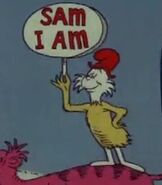 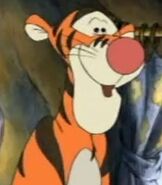 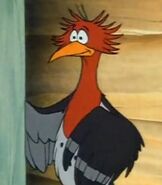 Boomer (The Fox and the Hound)
Community content is available under CC-BY-SA unless otherwise noted.
Advertisement