The Parody Wiki
Register
Don't have an account?
Sign In
Advertisement
in: Fairy Land, Main Characters, Main Protagonists,
and 143 more

Peppa is the main character of Peppa Pig ''Oink! Oink!''

Peppa Pig is a 4 year old little pig who loves playing with her friends and attending playgroup when she isn't at home playing with her little brother George, or doing something with Suzy Sheep or the rest of the Pig Family.

Peppa and George play with Bubble

Peppa and Suzy love each other as Best Friends!

Peppa and Her Friends on a Train

Peppa is chasing a little Butterfly

Peppa hangs up on Suzy

Peppa Pig at the Dentist! 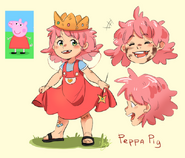 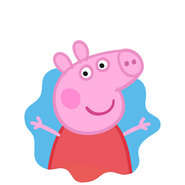 Peppa Pig is pretending to be a Bee! Buzz Buzz!🐝