The Parody Wiki
Register
Don't have an account?
Sign In
Advertisement
in: Deers, Creatures, Mythical Creatures,
and 25 more

The Peryton is a mythological hybrid animal combining the physical features of a stag and a bird. The Peryton was created and described by Jorge Luis Borges in his Book of Imaginary Beings, using a supposedly long-lost medieval manuscript as a source Pegasus The Peryton is said to have the head, neck, forelegs and antlers of a stag, combined with the plumage, wings and hindquarters of a large bird, although some interpretations portray the Peryton as a deer in all but coloration and bird's wings. 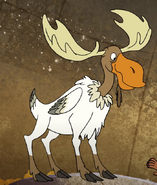 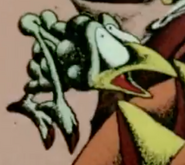 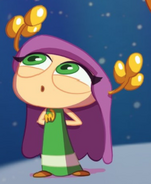