The Parody Wiki
Register
Don't have an account?
Sign In
Advertisement
in: Characters, Animals, North American Animals,
and 92 more

Although a shy and secretive bird, the pileated woodpecker (Dryocopus pileatus) is a striking species and is one of the largest forest-dwelling birds in North America. Its plumage is mostly black, except for the conspicuous, triangular red crest on the crown and the black and white stripes running along its face. There is a white, crescent-shaped marking on the upperside of the wings. When in flight, the white oval-shaped markings on the underside of the wings are visible, but are mostly concealed when the pileated woodpecker is at rest. The pileated woodpecker has black legs and a large, powerful, slightly curved bill, which is roughly the same length as the head and has a chisel-like tip. The bill is dark grey above and yellow or horn-coloured below. The male pileated woodpecker is slightly heavier than the female and has a red moustache-like marking on its face. The juvenile pileated woodpecker has a shorter crest and more rounded flight feathers than the adult, as well as flesh-coloured legs, which become darker as it ages. The eye of the juvenile is brown and becomes gold or yellow in the adult. An extremely loud bird, the pileated woodpecker has a highly varied array of vocalisations, including a high-pitched ‘waa’, ‘wok’, ‘wuk’ and ‘cuk, cuk, cuk’ call. It also makes a loud, resonant drumming noise, which is produced in a rolling pattern when its bill hits dead trees at great speed. 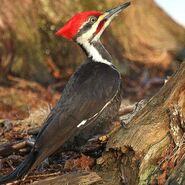 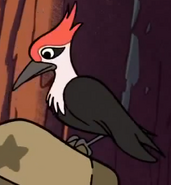 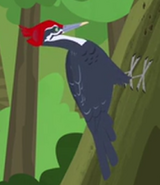 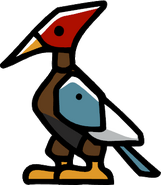 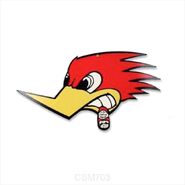 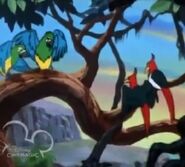 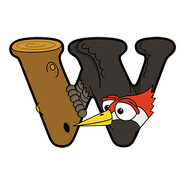 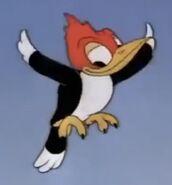 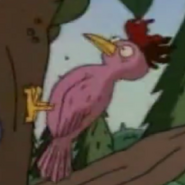 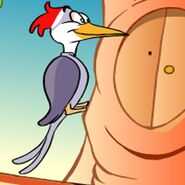 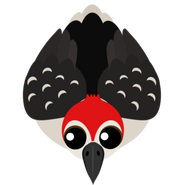