Hans is a villain from "Frozen".

He is a lizard

He played Prince Achmed in Kristoffladdin

He is a Grumpy Prince

He is a gun shooter

He played Sykes in Zorua & Company

He is a Loan Shark

He played Elliott Kingsworth in Hiccup and Jack Frost

He is a car

He played Scar in The Snowman King

He played Stan Beals in The Pokemon Trainer Bully

He is a general

He is Lawrence's disguise

He played Genie in Toonkriticladdin

He played Nicky Holiday in The Great Character Caper

This is the first of many examples of him playing a hero in Badly Drawn Rainbow's spoofs. In this case, he is a genie and ToonKriticY2K's (Aladdin's) best friend.

He played Dorian Tyrell in The Mask (Characters Style) 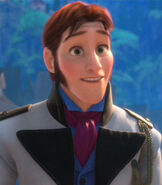 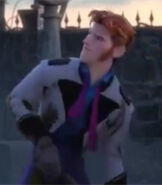 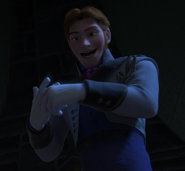 Add a photo to this gallery
Retrieved from "https://parody.fandom.com/wiki/Prince_Hans?oldid=2462684"
Community content is available under CC-BY-SA unless otherwise noted.