Start a Wiki
She is a character from "My Little Pony: Friendship is Magic".

She is a mandrill

Princess Cadence played Chel in The Road to Zootopia.

She is a native of El Dorado.

Princess Cadence played Belle in The Beauty and the Heffalump

She is a Beautiful Peasant

She is Anakin Skywalker's Wife

She is a Daughter of an Indian Chief

She is a Hero of China

She is a Kind-Hearted and Beautiful Contestant, who dressed like a Princess and Sings very well

She played Ellie in Toon Age 2: The Meltdown (LydiaPrower8 Version)

Princess Cadence will play as Ly in Reedman 2 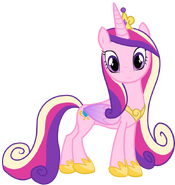 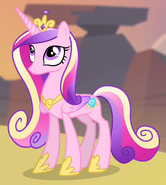 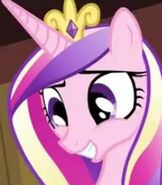 Princess Cadance in My Little Pony: Friendship is Magic 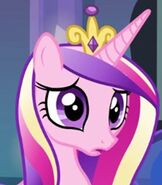 Add a photo to this gallery
Retrieved from "https://parody.fandom.com/wiki/Princess_Cadence?oldid=1850726"
Community content is available under CC-BY-SA unless otherwise noted.