The Parody Wiki
Register
Don't have an account?
Sign In
Advertisement
in: Characters, Animals, Asian Animals,
and 62 more

Przewalski's horse (Equus przewalskii) is the last true wild horse, and the only ancestor of the domestic horse that has survived to the present day. The common name refers to the Russian explorer Nikolai Przewalski who first discovered the species in the 1870s. This wild horse has a stocky body with robust, short legs, a short neck and a powerful jaw. The back and sides are dun to greyish-brown in colour, the head has a mealy nose and there is a dark stripe along the back. These horses have erect manes with no forelock and only the lower part of the tail is covered with long black hair; the upper part of the dock having shorter, light coloured hairs. The last wild Przewalski's horse specimen was found in Mongolia in the 1960s. Once considered Extinct in the Wild, captive-bred Przewalski's horse populations have been bred and released into the wild in Mongolia. 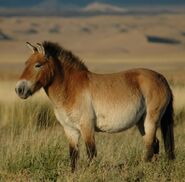 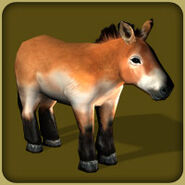 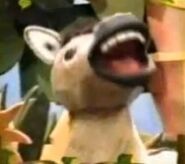 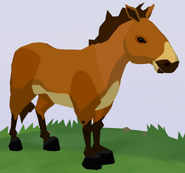 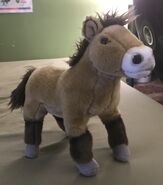 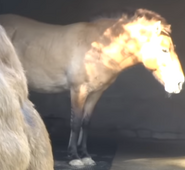 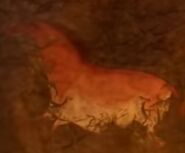