The Parody Wiki
Register
Don't have an account?
Sign In
Advertisement
in: Characters, Animals, African Animals,
and 87 more

The pygmy hippopotamus (Choeropsis liberiensis) shares the barrel-shaped body form of the closely related common hippopotamus (Hippopotamus amphibius), but is considerably smaller. Other physical differences between the two hippopotamus species include the placing of the eyes, which are more towards the side of the head in the pygmy hippopotamus, feet that are not as webbed as in the common hippopotamus, and the pygmy's sloping smooth, greenish-black back. The sexes are similar in appearance; as males do not have a scrotum, males and females are very difficult to tell apart. The name hippopotamus derives from the Greek for 'river horse'. Genetic studies have revealed that hippopotami share a common ancestor with whales, while recent fossil evidence alludes to a close relationship between whales and all ungulates. 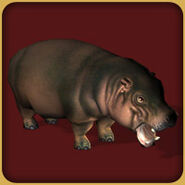 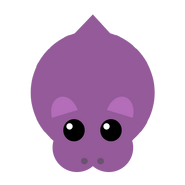 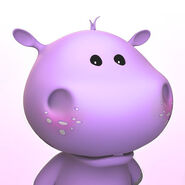 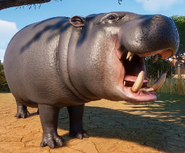 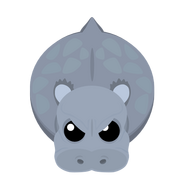