The Parody Wiki
Register
Don't have an account?
Sign In
Advertisement
in: Characters, Animals, Asian Animals,
and 32 more

The raccoon dog also known as raccoon fox, tanuki,  magnut, or mårdhund (Nyctereutes procyonoides) is a small species of canine, native to parts of eastern Asia. As it's name suggests, this wild dog has markings that closely resemble those of a raccoon and has also been known to display similar behaviours including the washing of food. Despite their similarities however, raccoon dogs are not actually closely related to the raccoons found in North America. The raccoon dog is named for the resemblance of its masked face to that of the common raccoon (Procyon lotor), a procyonid to which it is not closely related. 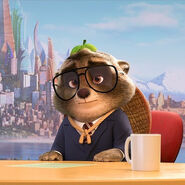 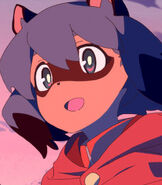